You must javascript enabled to see this site.

bascompte lab
the architecture of biodiversity
News
« Back More »
« Back More »
Jordi presents a videoconference at the Plant Science Center Symposium on “Plant-Animal Interactions”, Zurich, 2 December 2020.
Jordi gives two talks at the World Biodiversity Forum: “Mutualistic networks: the architecture of biodiversity” and “Anthropogenic influences and the persistence of marine food webs”, Davos, Switzerland, 23-28 February, 2020.
Jordi presents at a joint meeting of the European Molecular Laboratory and the Platform Biology of the Swiss Academy of Sciences to help shape the new 5-year scientific program of EMBL, with focus on studying life in its environment (Molecules to Ecosystems), University of Bern, Switzerland, 25 August 2020.
Jordi will give a talk at the ETH symposium on “Resilience and Performance of Networked Systems”, ETH, Zurich, 15 January 2020.
Jordi will give a seminar in a homage event celebrating the 100 years of the birth of Ramon Margalef, University of Barcelona, 9 December 2019.
Jordi will be an invited speaker at the Indo-Swiss collaboration primer in Evolution and Ecology, University of Zurich, Zurich, Switzerland, 19 September 2018.
Jordi will give a seminar at the Department of Ecology and Evolutionary Biology of the University of Bern, Bern, Switzerland, 18 September 2018.
Jordi will give a seminar at the Department of Zoology of the University of Oxford, UK,30 April 2018.
Jordi will give a seminar at the Environmental Engineering Seminar Series of the École Polytechnique Fedérale de Lausanne, Lausanne, Switzerland, 6 March 2018.
Jordi will be the speaker of the seminar series “New Frontiers in Systems Engineering” organized by the Centre for Process Systems Engineering at the Imperial College London, UK, 14 February 2018.
Jordi will give a seminar in the ETH's Risk Center Seminar Series, Zurich, 21 November 2017
Jordi will be a speaker at the Symposium on Emergence and Self-Organization in Living Systems, Zurich, 7 November 2017
Jordi is the keynote speaker at the 2017 iDiv Annual Conference, Leipzig, Germany, 19 September 2017
Jordi will be the speaker of the 2017 Louis Thaler Lecture, Montpellier, France, 2 June 2017.
Jordi is a keynote speaker in the The PIIK's 1st Symposium on Network Science, University Research Priority Program on Social Networks, University of Zurich, Zurich, 23 November 2016.
Jordi will give a special seminar within the 10th anniversary of the DEG-(Diversity, Ecology, Genetic)-Seminar at the Swiss Federal Research Institute for Forest, Snow and Landscape Research WSL, Birmensdorf, Switzerland, on 21 September 2016.
Jordi will give a seminar within the Colloquia of excellence (seminar series with leading scientists in complex systems) organized by the Institute for Interdisciplinary physics and complex systems (IFISC).
Jordi will be giving his inaugural lecture (Antrittsvorlesung) at the University of Zurich on Monday, February 22, 17:00, at the Aula Universität-Zentrum. The lecture is open and will be followed by a cocktail.
Jordi will be the invited speaker at the event "Un nuevo tiempo para Cotec", chaired by his Royal Highness The King of Spain, at the Palacio de Cibeles, Madrid, Nov 23, 2015
Jordi will give a seminar at the Eawag institute (ETH), Dübendorf, Nov 13, 2015
Jordi will give a seminar in the BIO 752 Guest Seminars, FS 2015: Macroecology, at the Institute of Systematic Botany, University of Zurich, Zurich, Nov 2, 2015
Jordi will give a lecture at the University of Fribourg, Fribourg, Oct 20, 2015
Jordi and Serguei present at the workshop Ecologial networks in a spatial context: beyond local analyses of species interactions, at the University of Fribourg, Fribourg, Sep 10-11, 2015
Jordi will give a seminar in the Colloquium in Plant Sciences at the University of Bern, Bern, May 11, 2015
Jordi will be a keynote at the 2015 Annual Meeting of the Society for Tropical Ecology, Zurich, April 7-10, 2015.
Jordi gives a talk on Mutualistic Networks at the conference series Agora para la Ciencia, Residencia de Estudiantes, Madrid 28 April 2014.
Keynote talk at the European Conference on Complex Systems, Barcelona 16-20 September 2013.
Plenary talk at the International Conference on Complex Networks, Copenhagen, Denmark, 3-7 June 2013.
Seminar at the Centro de Biotecnología y Genómica de Plantas, Madrid, 5 April, 2013.
Jordi gives a talk at the Major Issues in Modern Biology seminar series, University of California, Davis, November 15, 2012.
Jordi gives the keynote talk at the Global Questions on Advanced Biology Meeting commemorating the centenary of the Catalonian Society of Biology. Barcelona, 12 July 2012.
Invited Speaker at From scientists to science policy for science. European Science Foundation 2011 Symposium, Strasbourg, France, November 23, 2011.
Plenary Speaker at Net-Works 2011. Complex Networks: Structure, Applications, and Related Topics, El Escorial, Spain, October 26-28, 2011.
Keynote Speaker at the 12th Congress of the European Ecological Federation, Avila, Spain, September 25-29, 2011.
Fapest Course on Ecological Networks, Brazil, September 16-24, 2011.
96th Annual Meeting of the Ecological Society of America, Austin, USA, August 10th, 2011.
Department of Biology, Univeristy of Copenhagen, Denmark, June 17, 2011.
Workshop on Mathematics and Life Sciences, University of Granda, Granada, Spain, June 6-8, 2011.
Center for Ecology and Evolution, University College, London, UK, May 18, 2011.
Instituto de Biología Molecular y Celular de Plantas, CSIC-Universidad Politécnica de Valencia, Valencia, Spain, May 6, 2011.
Invited Talk, Applications of Network Theory, Stockholm, Sweden, April 7-9, 2011.
Instituto de Bioquímica Vegetal y Fotosíntesis, CSIC-USE, Sevilla, Spain, April 1st, 2011.
« Back More »
Contact
Department of Evolutionary Biology and Environmental Studies
University of Zurich
Winterthurerstrasse 190, 8057 Zurich
Switzerland
Phone: +41 (0)44 635 61 23
Fax: +41 (0)44 635 57 11
e-mail: 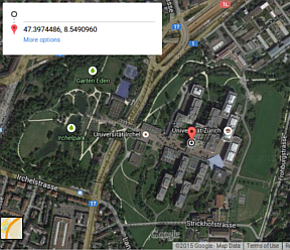 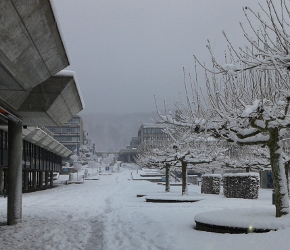 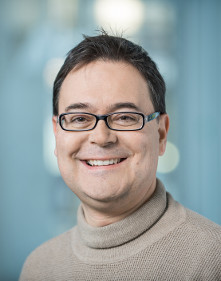 Jordi Bascompte is Professor of Ecology at the University of Zurich and Director of its Specialized Master on Quantitative Environmental Sciences. He is mostly well-known for having brought the interactions of mutual benefit between plants and animals into community ecology, at the time largely dominated by predation and competition. His application of network theory to the study of mutualism has identified general laws that determine the way in which species interactions shape biodiversity. Jordi is one of the most highly cited scientists according to Thompson Reuters. Among his distinctions are the European Young Investigator Award (2004), the Ecological Society of America's George Mercer Award (2007), the Spanish National Research Award (2011), and the British Ecological Society's Marsh Book of the Year Award (2016). Recipient of an ERC’s Advanced Grant, Jordi has served in the Board of Reviewing Editors of Science and has been the Ideas and Perspectives Editor at Ecology Letters. Among his books are Self-Organization in Complex Ecosystems (with R.V. Solé) and Mutualistic Networks (with P. Jordano), both published by Princeton University Press.

Jordi obtained a PhD in Biology by the University of Barcelona (1994), supervised by Ricard V. Solé. This was followed by a postdoctoral position in Steven Frank's laboratory at the University of California, Irvine (1996 and 1997). After that, he was awarded an independent postdoctoral fellowship at the National Center for Ecological Analysis and Synthesis (NCEAS, 1998 and 1999). In 2000, he became Associate Professor (Full Professor from 2008) at the Doñana Biological Station, a center of the Spanish Research Council, where he was based until moving to Zurich in 2015.

Our current major research interest focuses on the structure and dynamics of ecological networks. This complements main approaches to biodiversity research that neglect species interactions or assume these are homogeneously distributed.

As an example, our application of network theory to the study of mutualisms among free-living species has provided a quantitative framework to address mutualistic interactions at the community level. Our work has shown that these networks of mutual dependencies between plants and animals present general architectural patterns that maximize the number of coexisting species and increase the range of perturbations that can be withstood before one or more species goes extinct.